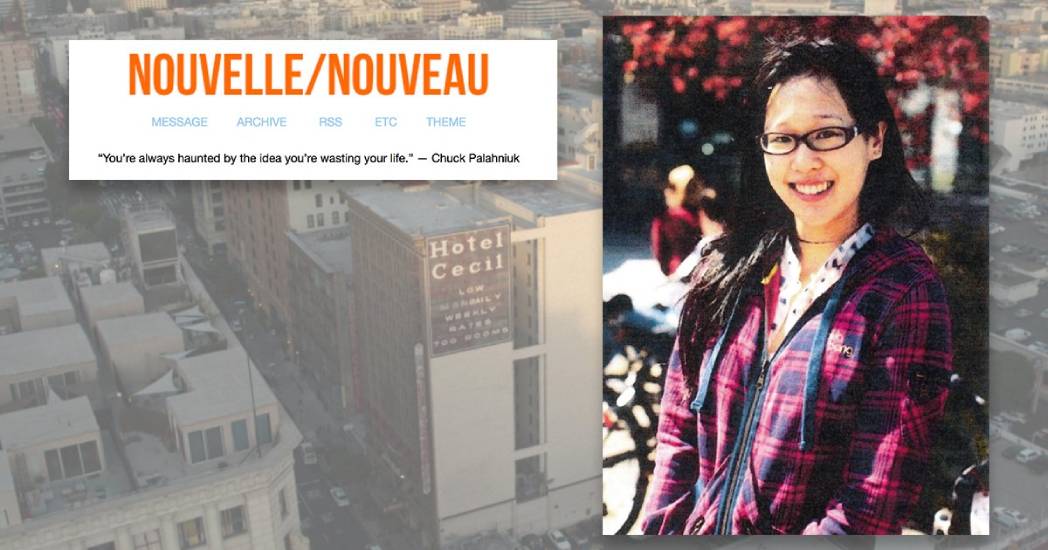 The Elisa Lam Disappear at the Cecil Hotel, a new Netflix true crime documentary series, has already grabbed fans owing to the historic history of the LA hotel, and it has now reignited public interest in Elisa Lam’s terrible demise.

Elisa Lam, a 21-year-old Canadian tourist, disappeared in 2013 while staying at the Cecil Hotel. Her corpse was later discovered in one of the roof’s water tanks. The series delves into the numerous ideas that have surfaced since her abduction, including the scary, viral elevator footage provided by the police.

How did Elisa Lam keep her Tumblr up to date?

The answer, according to veteran Tumblr users, lies in the social networking platform’s queue feature. Everyone has been able to queue a number of posts for auto-publishing at a later time, and Lam appears to have taken advantage of this feature.

Other online commentators, on the other hand, don’t think that’s the whole storey. One Reddit user commented, “Posts were made for 10 more months, arbitrarily missing May and then July – November, then returning in December.” “You suppose she planned a post queue about a year ahead of time, with no rhyme or reason?” It’s not like she uploads on a regular basis.”

It’s doubtful that we’ll ever get a definitive explanation, but the eerie Tumblr will continue to exist nonetheless.

Crime Scene: The Vanishing At The Cecil Hotel is now available on Netflix.

Elisa Lam’s Tumblr Blog Continued to Post After Her Death:

Lam’s Tumblr is heavily featured throughout the series. Crime Scene, dubbed nouvelle-nouveau and remains active on the internet, used an actor to read Lam’s Tumblr entries as a voiceover.

In an interview, Crime Scene director Joe Berlinger remarked, “[Elisa’s] narrative is a vital part of the Cecil Hotel’s history.” “I didn’t want to make up language or make up scenarios, so everything she says in the programme through voiceover is taken exactly from her internet writings.”

Despite its excellent intentions, it came across as perhaps insensitive. One critic termed the action “a further intrusion on a private bereavement, that has already been blundered into by an army of web-sleuths.” Lam’s Tumblr kept updating into December 2013, well after her death in February of that year, for those who hadn’t seen the four-part docuseries.

She wrote: “I think I’m having that delayed breakup meltdown. Rough days

It’s now hit me how lonely I am. and why do people go out on weekends to clubs, lit-up downtown skyscrapers, loud-music clubs, and drink drink drink drink just to make you feel less lonely for a moment

I’m not sure why we can’t just be sufficient for ourselves. That question…until we meet our counterparts, we’re just half a person. Until then, we must wander around in a condition of desire, thinking, “Oh, he’s out there,” or something along those lines.

I believe I did it in December. I talked to everyone in the hopes of finding someone I could trust. However, no one wants to be burdened with someone else’s issues and expected to solve them. I get why; we’re selfish individuals with our own problems to cope with, so how could you ever take on another’s? What time do you have now that you’ve graduated from high school and are aiming to become ‘accomplished,’ except than superficial, sporadic bursts of communication with a friend?

It appears that we form our packs early in life and then erect defences to keep strangers out.

How to Do Influencer Marketing for Fashion Brands

7 Reasons Why You Should Own a Betta Fish

Why You Should Invest in the Decentralized Finance Market