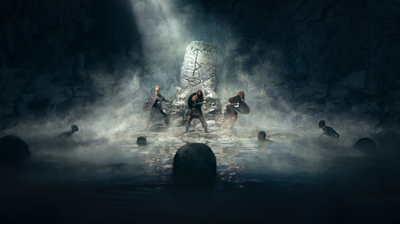 Everything you need to know about the new Destroyer advanced class.

The next class to be introduced in Lost Ark is the Destroyer. The Destroyer class looks perfect for anyone who wants to do heavy damage, tank a lot of damage, and have fantastic crowd control. This gravity-bending, hammer-wielding juggernaut will be released on May 19th for the Western version of the game.

If players want to get a jump start with this beast, it is probably best to use a Powerpass if you have one. However, if you don’t, then you will still likely have a blast leveling up and learning all of the new abilities the Destroyer has. Running through the story can be draining after a few times, but a new class can make a difference. Plus, you will earn Lost Ark gold and Lost Ark items.

Luckily for you, this article will give you a preview of what the Destroyer offers. Being an advanced class of the Warrior class, you can expect a lot of significant heavy melee attacks and the ability to stay in the thick of battle. The following article is based on pre-release information; some things are subject to change.

Let’s dive deep into what the Destroyer class offers before its release.

Lost Ark’s Destroyer is an advanced class of the Warrior that uses a hammer as their primary weapon. The Destroyer is a close-ranged melee fighter with a few abilities that allow them to control gravity and unleash seismic blasts. This class also has excellent crowd control abilities and can tank a lot of damage.

They also have their mechanic that can make them stronger. This mechanic uses Gravity Cores the player gains by using specific abilities. They can then be used to make attacks stronger. The Destroyer might be an excellent pick for endgame raiding and dungeons. So players looking to earn Lost Ark currency consistently might want to try picking this class up.

The Destroyer’s Identity Ability is Hypergravity Mode, which may be activated by pressing Z after charging your Gravity Meter in battle. In-range enemies’ speed of movement and attacks become slower when Hypergravity Mode is activated. You will also receive shields and are protected against debuffs, knockdowns, pushes, and other debuffs.

This is the only skill available while in Hypergravity Mode for the Destroyer. When utilizing Vortex Gravity, you’ll strike your hammer downward, causing damage and unleashing gravitational energy in front of you, which will cause greater damage in an area. You’ll also pull foes within a 6-meter radius towards you.

The Destroyer has two Class Engravings, one of which focuses on a different class aspect. The Gravity Training Engraving may be used to decrease the amount of time it takes to charge the Gravity Meter and make attacks more powerful while in Hypergravity Mode. Swiftness might be an important stat to focus on if you are leaning on more of this engraving.

The Rage Hammer Engraving is the other Class Engraving for the Destroyer. This one is used to maximize the damage inflicted by Gravity Release Skills, by increasing critical hit chance and critical hit damage based on the amount of Gravity Cores used. It might be best to get Lost Ark gear that increases Crit to fully maximize the Destroyer’s damage capabilities.

I hope this preview has given you a good rundown of what the Destroyer has to offer you. Its unique mechanics and the ability to do extra damage while also gaining a shield make it the perfect class for people who prefer bruiser types. However, it might be a bit harder to master than other classes because of Hypergravity Mode and also managing your Gravity Cores to maximize damage output and increase survivability.

What are your thoughts on the new Destroyer class? Is it looking like a powerhouse? Let us know in the comments.

Changes to Expect in Giants’ Foundry Besides More OSRS Gold